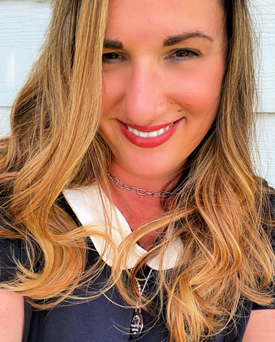 #1 New York Times and #1 International Bestselling author Jennifer L. Armentrout lives in Shepherdstown, West Virginia. All the rumors you’ve heard about her state aren’t true. When she’s not hard at work writing, she spends her time reading, watching really bad zombie movies, pretending to write, hanging out with her husband, her Border Jack—Apollo, Border Collie—Artemis, six judgmental alpacas, two rude goats, and five fluffy sheep. In early 2015, Jennifer was diagnosed with retinitis pigmentosa, a group of rare genetic disorders that involve a breakdown and death of cells in the retina, eventually resulting in vision loss, among other complications. Due to this diagnosis, educating people on the varying degrees of blindness has become another passion for her, right alongside writing, which she plans to do for as long as she can.

Jennifer L. Armentrout: A Light in the Flame

Jennifer L. Armentrout: A Shadow in the Ember

The Crown of Gilded Bones by Jennifer L. Armentrout Bow Before Your Queen Or Bleed Before Her… From #1 New York Times bestselling author Jennifer L. […]
Do you like it?
Read more
Categories

Jennifer L. Armentrout: A Kingdom of Flesh and Fire