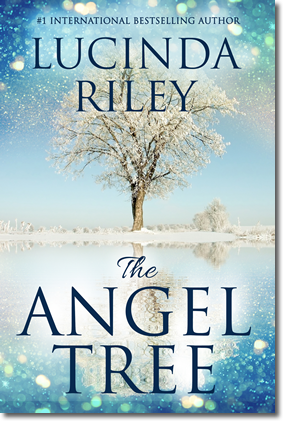 The Angel Tree by Lucinda Riley is a compelling mystery of family secrets and forgotten pasts from the author of The Seven Sisters.

Thirty years have passed since Greta left Marchmont Hall, a grand and beautiful house nestled in the hills of rural Monmouthshire, Wales. But when she returns to the Hall for Christmas, at the invitation of her old friend David Marchmont, she has no recollection of her past association with it – the result of a tragic accident that has blanked out more than two decades of her life. Then, during a walk through the wintry landscape, she stumbles across a grave in the woods, and the weathered inscription on the headstone tells her that a little boy is buried here…

The poignant discovery strikes a chord in Greta’s mind and soon ignites a quest to rediscover her lost memories. With David’s help, she begins to piece together the fragments of not only her own story, but that of her daughter, Cheska, who was the tragic victim of circumstances beyond her control. And, most definitely, not the angel she appeared to be…