Looking for your next book boyfriend? For all the feels?

Your next scream- it-from-the-rooftop romance?

Your next happily ever after?

from today’s most exciting bestselling authors. 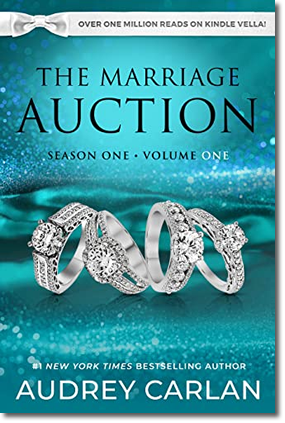 (Season One, Volume One)

You can now dive into the Kindle Vella phenomenon with over 1 MILLON READS. This saga has ranked #1 for over a full year and continues to break records each month as America’s favorite serial. Each volume contains more than 10% new content that includes two scenes never seen before from some of our favorite couples.

What would you do for three million dollars?

Four young women enter into a clandestine auction to be married to the highest bidders. For no less than a million dollars a year, for three years, each woman will do what it takes to secure her future. Entangled in a high-stakes game of money, lust, power, and the hope for absolution, this group of women becomes a sisterhood unlike any other.

Once chosen by a man she’s never met and agrees to marry sight unseen…there is no going back. Hidden secrets, wicked desires, fiery couplings and intense family drama are all part of the deal when you willingly enter into The Marriage Auction.

You may now kiss the bride… 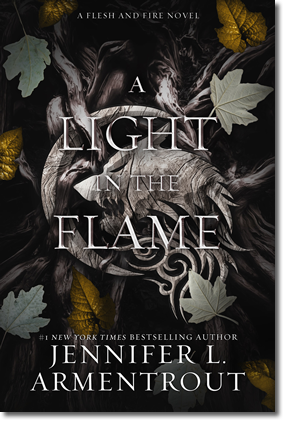 A Light in the Flame

The only one who can save Sera now is the one she spent her life planning to kill.

The truth about Sera’s plan is out, shattering the fragile trust forged between her and Nyktos. Surrounded by those distrustful of her, all Sera has is her duty. She will do anything to end Kolis, the false King of Gods, and his tyrannical rule of Iliseeum, thus stopping the threat he poses to the mortal realm.

Nyktos has a plan, though, and as they work together, the last thing they need is the undeniable, scorching passion that continues to ignite between them. Sera cannot afford to fall for the tortured Primal, not when a life no longer bound to a destiny she never wanted is more attainable than ever. But memories of their shared pleasure and unrivaled desire are a siren’s call impossible to resist.

And as Sera begins to realize that she wants to be more than a Consort in name only, the danger surrounding them intensifies. The attacks on the Shadowlands are increasing, and when Kolis summons them to Court, a whole new risk becomes apparent. The Primal power of Life is growing inside her, pushing her closer to the end of her Culling. And without Nyktos’s love—an emotion he’s incapable of feeling—she won’t survive her Ascension. That is if she even makes it to her Ascension and Kolis doesn’t get to her first. Because time is running out. For both her and the realms.

Discover A LIGHT IN THE FLAME by Jennifer L. Armentrout >> 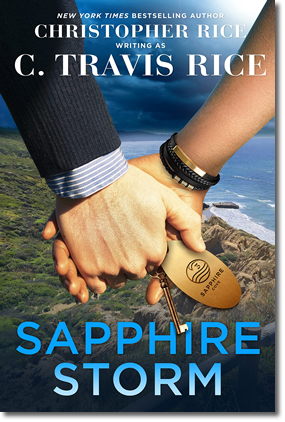 Ethan Blake has dedicated his life to satisfying other people’s appetites. At forty-three, he’s finally landed his dream job—head pastry chef at an exclusive resort. Now he’s got a jet-setting career that’s taken him to romantic locations all over the world. But years before, after his parents threw him out for being gay, Ethan supported himself in a manner he’d rather keep under the covers today.

Roman Walker is a twenty-five-year-old fitness celebrity awash in thirsty followers. But when he walks through the doors of Sapphire Cove, it’s not just to oversee the menu for his celebrity client’s wedding. Decades ago, Roman and Ethan crossed paths on a New York street corner during a terrible, life-changing moment that scarred them both. Now Roman’s back for revenge.

But when his plan goes wildly off the rails, Roman suddenly finds himself at the center of an even stranger and darker plot concocted by his most famous client. Well-versed in the ways of the wealthy and the entitled, Roman’s former target offers to be his strongest ally during a moment that might derail the young man’s newfound career. But the experienced older man’s offer also ignites an irresistible and forbidden attraction that threatens to consume them both, even as it exposes old secrets and incurs the wrath of the powerful and the famous.