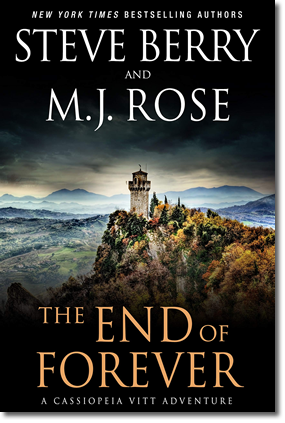 The End of Forever

Tragedy has found Cassiopeia Vitt. The woman she admires most, Esmerelda Fontana, has been brutally murdered. Then Cassiopeia’s castle rebuilding project is viciously attacked and people are hurt. Are the two incidents related? The answer comes when her old friend, Nicodème L’Etoile, is threatened and she finds herself drawn into a tangled web of revenge that leads straight to the person she loves the most.

And his life will depend on what she does next.

From the rocky coasts of northern Spain, to a medieval building site in France, and finally into Italy and the oldest surviving republic in the world, Cassiopeia must confront a devil from her past, a man obsessed with her destruction. The choices she has to make will be the toughest she’s ever faced. Life and death decisions that force her—to the end of forever.